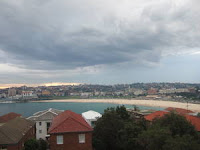 Trying to ‘sell’ a house or property by making it sound better than it is, airbrushing details and employing other ‘make up’ tools are a waste of time, in our opinion.
By any means, highlight the best features of the property but acknowledge if there is something obviously wrong with the property.
Honesty, in the long run, will save you hassle and time: why create false expectations and waste your time with the wrong candidates? You might get a big number of viewings but, at the end of the day, you only need one buyer: the right one for the place.
And this seems to be the motto of this Australian guy trying to find a flat mate. We just love the wit and honesty of his ad posted on Sydney’s Gumtree earlier this month: ‘Crap house. Great location and view.’ No beating around the bush!

Posted by The House Hunters Ireland at 04:10 No comments:

5 Irish beaches in the movies

Since the 1930s, the Irish coast has attracted internationally acclaimed directors to shoot some famous movie scenes. Here’s our pick of 5 Irish stunning beaches that have made it to the film screens.
-Curracloe Strand, County Wexford
Curracloe strand posed as WWII Normandy for the epic opening D-Day scenes of Steven Spielberg’s Oscar-winning blockbuster ‘Saving Private Ryan’ (1998).
-Inch Strand, Dingle Peninsula, County Kerry
Recently visited by House Hunter Shane, Inch Strand was one of the film locations for 1970 classic Ryan’s Daughter, along with Coumeenoole Strand. Inch Strand had already tasted some movie fame, since it had also featured in 1963’s comedy Playboy of the Western World.
- Inis Mór, Aran Islands, County Galway
The Aran Islands were selected by pioneer documentary film maker Robert J. Flaherty not just as the location but the inspiration and central topic of his 1934 fictional documentary Man of Aran. The film (which was more docu-fiction than strict documentary) was shot in Inis Mór and recreated the daily struggles of the islanders.
-Brittas Bay, County Wicklow
Brittas Bay, just north of Arklow, is a popular holiday spot for Dubliners but it was famously used for the filming The Count of Monte Cristo. The movie, released in 2002, also featured other County Wicklow beaches: Silver Strand and Blainroe Beach.
-Tully Strand, Connemara, County Galway
While a great part of the movie was filmed in County Mayo, Tully Strand and Lettergesh Beach, in Connemara, were both chosen as film locations for Oscar-winning classic The Quiet Man. The 1952 film won John Ford and Academy Award for Best Director.
If you know about more Irish beaches in the movies, let us know!
Posted by The House Hunters Ireland at 07:40 No comments:

About The House Hunters

The House Hunters Ireland
Shane from Down Under and Jillian from Raheengraney are The House Hunters. We are on a mission to show you great homes and other properties in Ireland with the help of online video.